How we came to be…

Well it’s sort of a quirky story really.  My husband Brad and I had taken an RV weekend over to Carolina beach and I thought I had packed a plain hot pink T-shirt.  What I pulled out of the drawer was not a hot pink T-shirt but instead it was a hot pink tank top with a cancer ribbon emblem on it.  No big deal, I thought and I put it on. I immediately was uncomfortable. I was pulling and tugging on the shirt as if it didn’t fit, which it did just fine.  We were trying to decide where to go to eat breakfast and the rain began. Brad checked the radar and said it wouldn’t last too long and that we should just wait it out.  He went back to the bedroom to do something and I laid down on the couch all the while pulling and tugging and rearranging the shirt that fit just fine.

And then it hit me.  I got out my IPAD and drew the cancer ribbon in the lime green representing Lymphoma which I had had 18 month prior, then I wrote the word lymphoma. Underneath I drew inverted ribbon and wrote Victory, using the upside down cancer ribbon as the “V”  I went back to the bedroom and said to my husband, ”I want to explain something to you, if I go out to eat in this shirt with my short hair, people will assume I have cancer.

They will look at me differently, they will speak to me differently and I will feel differently. I can already feel myself sliding back into the cancer headspace, just by wearing this beautiful shirt that fits me, but no longer fits me.”

I said to him that I had this inspiration, that there needs to be shirts for people who have beaten cancer and are celebrating that victory. I showed him my idea drawn out on the IPAD. I asked him what he saw, and he said Victory.

That is how Cancer Victory Gear came to be. I then got my sister involved, who is a wonderful graphic artist and whose husband was battling esophageal cancer at the same time I was battling Lymphoma, sadly, he lost his battle, but she fights on for him.  We wanted the people to be able to celebrate the achievement of winning a battle that only they and other Victors knew how hard they had fought. We wanted them to be able to start a new chapter in their lives and shed the skin of the Cancer life and move on to greater things with the knowledge of their newfound strength and endurance. We are only interested in cheering them on to achieve better and greater things because they have defeated the greatest beast of them all and lived to tell the tale, so that their next adventures must be truly wonderful, and we applaud everything they do from here on out. They are all warriors and champions to be admired and held in the highest regard. But most of all they are no longer victims, they are Victors! 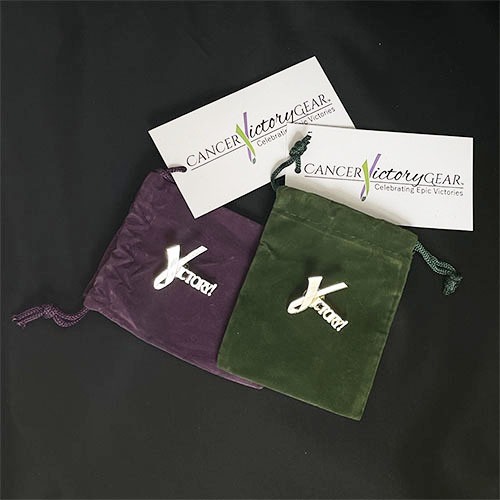